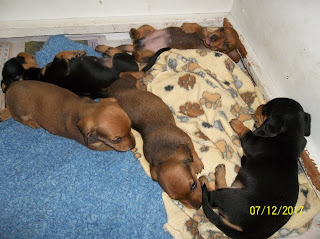 Poppy/Will puppies are all doing well, they are starting to play a little and are getting in and out of the whelping box. We have started supplementing them with some milk and meat to help Poppy manage feeding them. 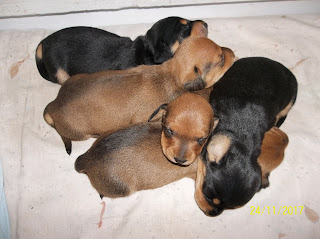 We have had some new babies arrive......


Our Poppy and Will  produced some new babies on Saturday 11/11, they have  3 red females, 1 Black &Tan female and 1 male Black/Tan.  Mum and 'bubs' are all doing really well.

Miss Daisy, is not the only one says Suzanne 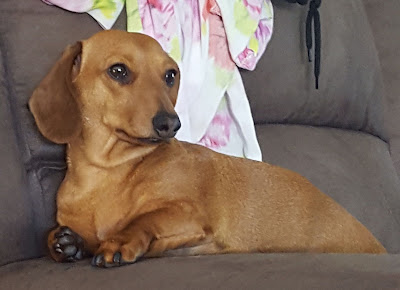 "This is a naughty girl!!
A piece of procutto landed on the floor this morning.....before I bent down to get it, it was gone. I trust she enjoyed it. I missed out." 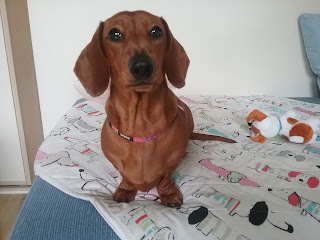 Updates on, Hugo, Daisy Pippa and Brian from their owners


SONREE HUGO WILLSON has become quite the star. 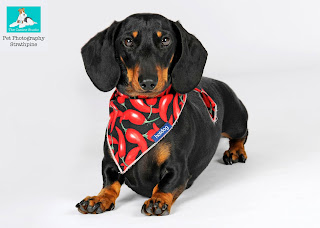 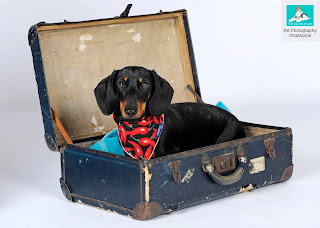 CH. SONREE I AM MISS DAISY
showing off her Championship certificate and Ribbon
Congratulations 'Daisy' 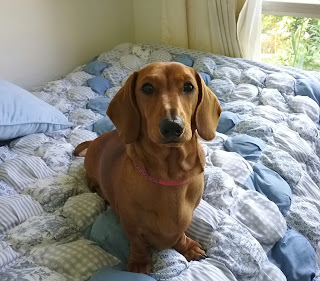 CH SONREE JE NE REGRETTE RIEN
'Pippa' is wonderful. We spend a lot of time together and I really love her wiggly cuddles. She still loves squeaky toys although the squeakers are gradually being killed off. 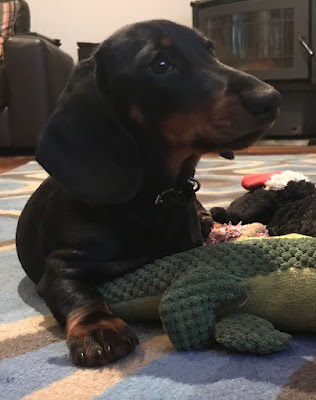 and from our recent litter 'Brian'   is growing up fast
SONREE SPARKS ARE FLYING
A Will grandson, his Mum our 'Charlotte'

So Cute:… Written by our grand daughter many, many years ago.


… Written by our grand daughter many, many years ago.


When I was about 6 years old, one of my Grandma’s dogs had puppies. I was so excited. They were just so small and delicate, like a breakable vase and also helpless, all they would do was squirm, sleep, eat and make little grunting noises. But one of these pups was special, he would glide around the pen like there was no tomorrow, he would sail like a sailing boat over a calm ocean. He was a sailor. No he was my sailor.
When he got to about three weeks old he was moving like a speedboat. He was getting faster every day and nothing would stop him, ever. He was the biggest of the litter and at three weeks of age we christened him SAILOR.
she is still 'cute'    We love U Jayde 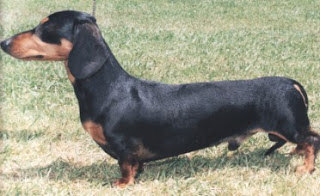 and sadly another Vale.....Pete's son Rico

Our much loved Rico  has also sadly left us.... We first noticed a problem  on the Wednesday as he was unable to keep his food down and he was somewhat quieter than usual, although still managed to follow Lyle around as usual. Wednesday night he wanted me to nurse him while we were watching TV, this was most unusual as given the choice he always sought Lyle's lap, and he did the same Thursday night.
We had our Vet appointment Friday.....
Rico was diagnosed with very large and aggressive tumor filling completely one of his lungs, and it had started to invade the other. Sadly we had to relieve him of his discomfort.
Up until those last few days he had been as happy and lively as ever and at no time appeared in pain.
We miss him so much, he was such a special and amazing dog.
While  he was being shown up until he was almost 8, many children would seek him out for their junior  handlers competition. As they went to walk off with him he would just look back to me "asking is this okay" when I said " off you go good boy",Quite happily off he'd go with them.

Thankfully he sired a  litter on the 4th July to our' Kate' Sonree Moonlite Mirage,....we have kept 2 of his puppies Black/Tan male  Sonree Moonlite Shadow 'Rafael"and Black /Tan female Sonree Moonlite Memories 'Lola' who has already begun her show career in the winners circle.